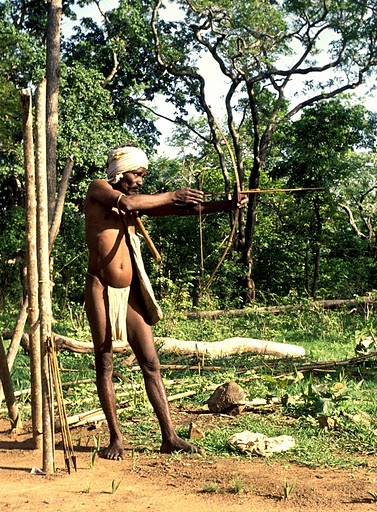 The Central government has permitted the mining of radioactive uranium in the NALLAMALA FOREST ZONE. This operation requires deforestation of majority of forest in both Telangana and Andhra pradesh regions. Once the land is exposed to the nuclear particles, the plant growing capacity of the land comes to zero, completely turning out into a waste land. Also it will destroy "Nagarjuna sagar- Srisailam tiger reserve" which is known to be the second largest tiger reserve in the world. Also the tribal region named "Mannanuru" will have to face the toxic effects of this mining.

“Amrabad Tiger Reserve, one of the two reserves in Telangana, a proposal from Department of Atomic Energy being given an ‘in-principle’ approval for exploratory drilling for uranium ore in 76 sqkm inside the reserve. Amarabad Tiger Reserve is home to about 24 tigers and boasts of a rich array of wildlife including leopard, sloth bear, wild dog, different kinds of deer among other animals. The hilly tiger reserve, part of the Nallamala hills, also serves a as a catchment area for River Krishna which flows through the hill range. the area being sought for mining are rich in RARE wildlife and RARE plant species. Environmental damage, contamination resulting from leakage of chemicals” that will affect the health of native wildlife.On the road that pilgrims take from Hyderabad to Srisailam, lies the unassuming lush green forest of the Amrabad Tiger Reserve. Before the separation of Telangana and Andhra Pradesh, huge boards would suggest that you were in India’s largest tiger reserve.

Despite the division, it still happens to be India’s second-largest tiger reserve, next only to its sibling, the original Nagarjunasagar Srisailam Tiger Reserve. Together they form what is probably India’s largest protected dry forest. Amrabad Tiger Reserve lies in the Nallamala hills, a landscape that is recovering after over two centuries of degradation by the British and the Nizam of Hyderabad. It is a mystifying landscape of lofty hills and cavernous valleys, perennial rivers and exciting winding roads that have thick, forested topography on one side and deep and vast valleys on the other along with different hues to mark the seasons. Inhabiting this mesmerising forested landscape is the most charismatic cat of the world — the tiger. Richness is synonymous with this tiger reserve as it harbours great biodiversity, comprising of around 70 species of mammals, more than 300 hundred avian varieties, 60 species of reptiles and thousands of insects, all supported and nourished by more than 600 different plant species.

Although the proposal for mining in Amrabad suggests that the site is of no archaeological value, this area is, in fact, renowned for its archaeological significance. It contains ruins of the ancient Nagarjuna Viswa Vidyalayam run by the great Buddhist scholar Nagarjunacharya (150 AD).

The relics of the fort of Ikshwaku Chandragupta, a ruler of the 3rd century BC are also found. The ancient fort of Pratap Rudra, a king of the Kakatiya dynasty of Warangal and many other forts are seen on the banks of the Krishna river. An ancient wall of length of 105 miles, constructed by the Kakatiyas is an interesting feature.

Geo-morphological rock shelters and cave temples such as Akka Mahadevi Bhilam, Dattatreya Bhilam, Umaa Maheswaram, Kadalivanam, and Palankasari are characteristic of the area. The area proposed for mining falls under the Amrabad and Nudigal Reserved Forests of the ‘core area’ of the tiger reserve. It has a good diversity of forests and wildlife.

Despite the rich wildlife, there is very little human-wildlife conflict. The streams and rivulets drain into the Krishna, which has an amazing diversity of acquatic life including the mugger crocodile, water monitor lizard and turtles. The forest area is pristine and provides numerous ecosystem services like being the major catchment of the Krishna, which quenches the thirst of the two Telugu-speaking states.

The proposed area is hilly and highly undulating. The drilling of 4,000 deep holes will disfigure the reserve, ruining the wildlife habitat. Proposed to cover 20,500 acres, the project seems poised to destroy the ecology of the entire tiger reserve.

The exploration will expose and pollute surface water, ground water and leech the minerals and dangerous chemicals into the Nagarjunasagar dam. The roads will fragment and degrade the dry forests, which may never recover after such a massive exercise. The proposal to mine for uranium in this Eden will not only kill its wild denizens but will also take away the livelihoods of the Chenchu, besides exposing them and hundreds of others to uranium contamination. Is it a bit too much to ask for the rescinding of the proposal? If India’s largest tiger reserves are not sacrosanct then the future of tiger is really bleak in the new India we are making. Chenchus are perhaps the first habitants of mainland India. In Tribes of India: The Struggle for Survival, Christoph von Fürer-Haimendorf describes Chenchus: "They are short and slender in stature, with very dark skin, wavy or curly hair, broad faces, flat noses, and a trace of prognathism (extension or bulging out of the lower jaw), which is a sign of their connection with ancient human beings that roamed the Earth. There are no people in India poorer in material possessions than the jungle Chenchus; bows and arrows, a knife, an axe, a digging stick, some pots and baskets, and a few tattered rags constitute many a Chenchu’s entire belongings. They usually owns a thatched hut in one of the small settlements where he lives during the monsoon rains and in the cold weather. But in the hot season, communities split up and individual family groups camp in the open, under overhanging rocks or in temporary leaf-shelters".

HENCE IF WE DON’T PROTEST A GREAT NATION WITH VARIED CULTURES WILL BECOME THE VICTIM OF EXPLOITATION.
"SAVE THE FOREST SAVE THE NATION"

(Dear friends,We request you to sign and circulate widely the ongoing e-petition campaign against opening of urnaium mining in Nallamala Forst in India’s Telangana state.)

De Beers Hunt For The Hidden Treasures Of Indian Kingdoms

A massive eviction of tribals is taking place in the State of Andhra Pradesh from the virgin forests of Nallamala range for the exclusive benefits of *De Beers*, a diamond mining corporation that wants the kimberlite or diamonds from the forest.

The efforts of De Beers started at least 13 years ago when it was told to us that “they realized the massive diamond, gold and granite deposits in Mehaboob Nagar and Kurnool districts of Andhra Pradesh”. These deposits are spread under the thick jungles of Nallamala forests. These forests needed to be cleared first for the diamond mining or De Beers should have to resort to the latest technology called horizontal drilling under the forests.

*East India Companies* when they ruled India tried to locate these kimberlite mines and declared that they were all exhausted and thus shifted their focus to South Africa.

It is these Nallamala diamond mines that were the source of the riches of all the kingdoms of India including the Vijayanagara Kingdom, which at its height sold diamonds on streets not in carats but in kilograms.

This fact was recorded by Portuguese, Russian, French and other chroniclers who had business and diplomatic ties with Vijayanagara Kingdom.

So, where are these diamonds and gold these people are talking about if these kimberlite mines were exhausted couple of hundreds of years back?

And why every central mining minster states in parliament that India has no technology to exploit these resources and that is why we have to call MNCs to do the job?

Is it only to hand over the same resources to De Beers or other companies?

Was there a tacit agreement across all political parties that for some return (read kickbacks or in normal English bribes) these non-existing or exhausted diamond and gold mines should be given only to De Beers?