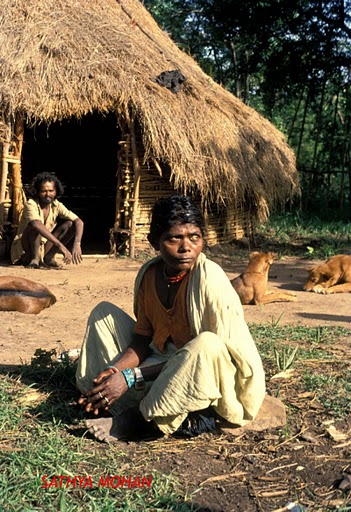 The Chenchus are a Telugu speaking food-gathering tribe living in the
Nallamalai forests of Andhra Pradesh in India spread over the districts of
Mahaboobnagar, Kurnool, Prakasam and Guntur. They are a conservative
tribal group and have not made many changes in their lifestyle or tried to
adapt to modernity. They live in the enclosed space and geography, leading
a life of an unbroken continuity.

The Nallamalai forests are deciduous and deep. They cover mountain side,
and are full of treacherous pathways and dangerous ridges. The Chenchus
are undaunted by their natural surroundings and set out to gather food or
hunt animals. The bow and arrow and a small knife is all the Chenchus
possess to hunt and live. They hunt wild animals like boar and deer, but
with the increasing interest in wild life conservation, they are content
to hunt small animals like lizards, rabbits and wild birds.

Their meal is fairly simple and usually consists of gruel made from jowar
or maize, and boiled or cooked jungle tubers. They mix tamarind fruit with
tamarind ash and eat.This is especially good for pregnant women.

They normally eat before setting out to gather food in the morning and eat
again when they return home in the evening. This speaks of the enormous
stamina of the Chenchus who trek on foot through jungle paths all day
long. The slender build of their bodies is deceptive and express little of
their strong and resilient nature.

The Chenchus collect jungle products like roots, fruits, tubers, beedi
leaf, mohua flower, honey, gum, tamarind and green leaves and make a
meagre income of it by selling these to traders and government
co-operatives. The Chenchus do not care much for money or material wealth.

They have hardly developed any technique of preserving food. Their care
for future is marginal as they are used to living on a day-to-day basis.
As a result they have not cultivated much interest in agriculture. Though
at times they work as forest labourers, they mostly prefer to fall back on
their native skills to hunt and gather food. But the inroads of modern
development have found their ways to the Chenchu homeland. Today, the
forest region no longer belongs to the Chenchus. It has been declared as a
tiger reserve sanctuary. The government has been motivating the Chenchus
to adapt to agriculture, but has failed. The Chenchus refuse to be
displaced from the forest and continue to live in harmony with the tigers
in the sanctuary. 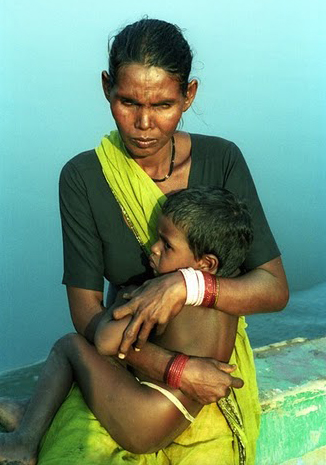 Centuries of life in the forest have deprived the Chenchus of an ability
to adapt easily to external situations. Though some of their children are
sent to government schools, there are very few instances of educated
Chenchus finding their way into mainstream modern society. The Chenchus
are struggling to adapt to new patterns of life as the forest resources
dwindle with time.

The Chenchus have been their own masters for many generations and have
not needed the services of any outsider. They are unmindful of an external
society which is alien and unimportant to them. The life in the wild is
one of hardship, but the Chenchus live on cheerfully unmindful of their
difficulties. The boundaries of their native perception are defined by the
natural boundaries of their geography. 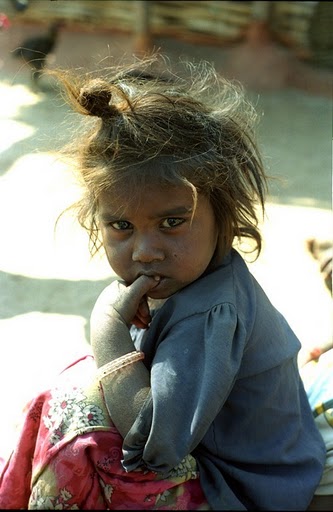 The roots are strong and the bonding to an age-old tradition is deep and
abiding. The Chenchus continue to live contently in their ancestral
homeland as true sons and daughters of the forest to celebrate the joys
and gains of life. 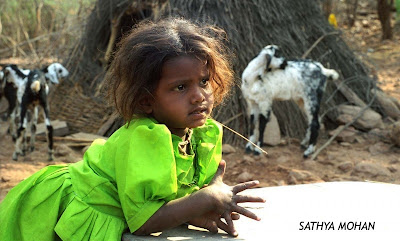 A Chenchu village is known as “Penta”. Each penta consists of few huts
that are spaced apart and are grouped together based on kinship pattern.
The close relatives live nearby and the distant ones farther away. Their
homes comprise of few belongings and are generally sparse and spartan in
appearance.

“Peddamanishi” or the village elder is generally the authority to
maintain social harmony in a family or a village. Generally, his counsel
and word are final in all matters of the village.

The Chenchus are a broad exogamous group that is sub-divided into various
clans. They follow the ancient system in Hindu tradition of gotras, which
represents the lineage and descent of clan members. There are 26 gotras
found among the Chenchus and the various clans are identified by their
gotra name. They never marry within the gotra or clan and intermarry other
clan members. The wife bears the husband’s gotra after marriage.

The marriage is known as “Pelli”, and takes place through a negotiated
arrangement involving elders or through the choice of the young couple
concerned. The ceremony is performed with traditional rituals in front of
the community and the village elders.

The elders belonging to the “Uttaluri” clan must be present as a matter of
traditional custom as the priest or “Kularaju” officiates over the
marriage rites. The maternal uncle of the bride gives the bride away, and
there is a feast and celebration at the end of the ceremony. The newly
married Chenchu couple set-up their own house and are expected to live
together ever-after. Divorce is allowed among the Chenchus on the grounds
of incompatibility. Widow remarriages are common among them.

The Chenchus have a strong belief system. They worship their deities with great devotion. Lord Eshwara among them is known as “Lingamayya”, and Shakti as “Maisamma” or “Peddamma”. The worship of both male and female deities is accompanied by puja during the month of “Sravan”, that is from July to August.

The ritual of Lord Lingamayya represents the ancient mode of worshipping
Lord Shiva. For ages, the Chenchus have been associated with the famous
Srisailam temple in Andhra Pradesh situated at the heart of Chenchu land.
The Srisailam temple dedicated to Lord Shiva and Devi Brahmaramba is a
sacred pilgrim centre for Hindus of all sects.

Lord Mallikarjuna, an incarnation of Lord Shiva fell in love with a young
Chenchu maiden by name “Chenchu Laxmi” and married her. The Chenchus
believe that they are the descendents of this couple and have a special
place and mention in Puranas, temple records and Chronicles. The Chenchus
enjoy special privilages at Srisailam temple.

The Chenchus love their gods dearly and pray to them in earnest and
endearing terms. The devotion borders on frenzy and passion and is magical
in effect on the surroundings. The celebrations can be austere, serene and
simple and sometimes they can be wild, intoxicating and mystical. The rich
folklore of their forefathers inspires and guides them to maintain a solid
tradition. The dance, the gaiety, and the lyricism of their life reflects
the joy and innocence as they live a life of rich contentment, seeking and
aspiring for very little.